Many Rotarians tend to think of Gift of Life as working exclusively to bring children to the U.S. for lifesaving surgery that is difficult or impossible to find in their own countries.

However, there is another side to GOL: medical missions abroad.

Currently, a District 7190 GOL effort is under way in tandem with partners Save A Child’s Heart, ICHF, the pediatric cardiac team from Albany Medical Center, Rotarians from Romania and elsewhere, and the Romanian Pediatric Cardiac Team at Grigore Alexandrescu Hospital in the capital city of Bucharest.

It is the first-ever pediatric cardiac surgery at the center. The patient, Mihai, and his mom quietly celebrate his successful surgery in the photo above. Below, the Capital Region team and GOL officials pose on the steps of Albany Med before the team departed for Romania. 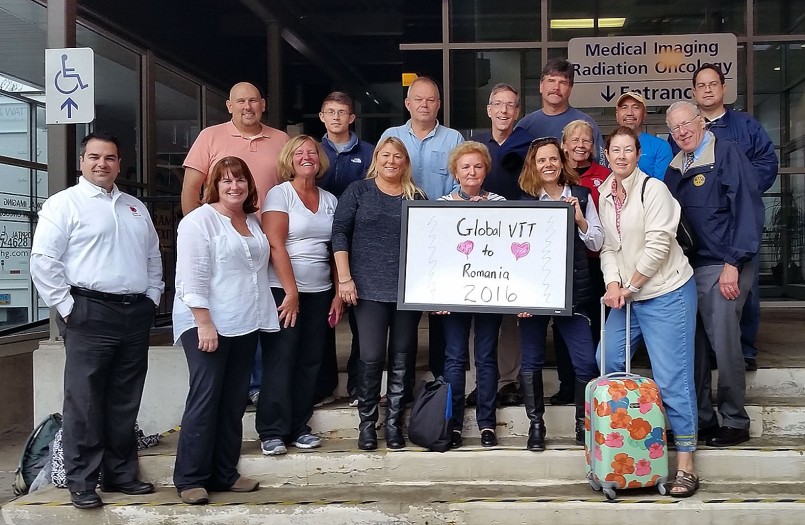 Here are some other on-site images of medical care given by the team, courtesy of team member Deb Edberg Boel, a registered nurse and daughter of SRC honorary member Russ Edberg.