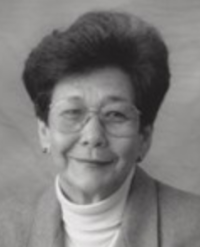 • This obituary for the mother-in-law of SRC member Debbie Rodriguez appeared in the Hartford (CT) Courant. Our condolences to Debbie and husband Chuck on their loss.

She was born and raised in the sugar mill town of Aguirre, Puerto Rico. In 1953, she migrated to Buffalo, NY, with her husband Faustino Rodriguez-Trias. Carmen was a strong believer in education and received her B.A. in Spanish from Rosary Hill College and master’s in education from SUNY at Buffalo, while raising her children.

Carmen was active in the Puerto Rican communities in Buffalo and Hartford. In Buffalo she was a member of the Puerto Rican Center and in 1972 became the administrator of bilingual education at Public School 76 (Herman Badillo Bilingual Academy). Carmen moved to Hartford, CT, in 1979 to work at the Hartford Area Manpower Consortium. She worked for the Hartford Housing Authority from 1981 until she retired in 1996. She became the executive director of La Casa de Puerto Rico from 1996 until 2004. Carmen served on the Hartford Board of Education from 1989 to 1993 and served as President in 1992.

During her many years in Hartford, it was Carmen’s passion to work with the Puerto Rican community and be active in Hartford and Connecticut politics. Carmen loved spending time with her family, especially her grandchildren and great grandchildren. She enjoyed her time at her condo in Isla Verde in Puerto Rico; dancing; listening to Puerto Rican music and playing poker.

A memorial Mass will be held Saturday, February 17, 2018, 10 a.m. at Holy Trinity Church, 53 Capitol Avenue, Hartford. A reception will follow. In lieu of flowers, donations may be made to either CCMC- Foundation, 282 Washington Street, Hartford, CT 06106, or San Juan Center Inc., 1283 Main Street, Hartford, CT 06103. The Carmon Funeral Home & Family Center of Avon is caring for the arrangements. For directions or condolences please visit www.carmonfuneralhome.com