President Andy greeted members and led the Pledge of Allegiance. … Bill Dowd reported that our October drive to raise funds for ShelterBox had topped the $5,400 mark and he expected to reach the targeted $6,000 level this week. … Plans are on track for this Saturday’s SRC Recycling Day despite the forecast for rain. Several more volunteers are needed to staff the event, and anyone who is interested but has not yet signed up is asked to check with event coordinator Murray Forth ASAP. … Terry Brewer said he has received responses from about a dozen or so people to the club survey he distributed to members last week. He said he plans to follow up with people who have not responded so we have a better set of comments and suggestions to map out the club’s future. … Next meeting: Richard Zazycki, executive director of Circles of Mercy, our frequent partner in social aid efforts, will update us on the activities of his non-profit organization. 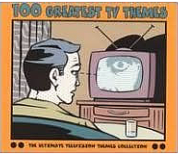 The program for the evening was a social one, with Kevin Leyhane leading an audio competition in which attendees were asked to identify TV show theme songs.

We had three teams competing for top honors. The winning team consisted of Andy, Phil, Terry, and Murray. Thanks to Kevin for coming up with an offbeat social activity.