NOTES: The final income total for the latest Wine Dinner Raffle was just under $2,000 for the club treasury. We sold about the same number of tickets as we did for the initial raffle held earlier in this Rotary Year. … 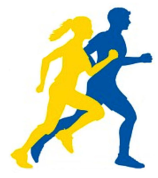 Bill Dowd is in the process of finalizing a flyer for the inaugural SRC Rotary 5K/10K Trail Run. Jim Leyhane and Roberto Martinez are working on lining up vendors and race sponsors, plus event management details with the Albany Running Exchange for the October 19 event to be held at Schodack Island State Park. The Blue Star Mothers organization, who led tonight’s program, said they would like to help during the race and with setup. …

For our 3rd annual Community Appreciation Dinner to be held on Tuesday, March 5, at Moscatiello’s Family Italian Restaurant in North Greenbush, Terry Brewer is working with Mike Bennett and Columbia High School, along with Jim Leyhane. Sponsorship pledges at $100 per individual or organization need to be in to Jim or Murray Forth by Thursday, February 14. … Becky Raymond reported on the board meeting from our Danes Rotaract Club at the UAlbany School of Public Health. SRC is continuing the “spare change jar” fund drive for the club. Becky said the grad student members are getting more interest from their community and would like to be more involved in co-sponsoring events with our club. They also are putting together a scholarship offering and will be picking a recipient. …

President-elect Phil Kellerman attended the first of three PETS (Presidents-elect Training Seminar) events for the 2019-20 Rotary Year. He said he found the session very helpful, and he may be coordinating some multi-club projects. …

Chinese New Year will be the theme for next Thursday’s 6:15 p.m. dinner meeting at Quigley’s, with a special Asian themed menu and a brief fun quiz put together by Bill Dowd dealing with the holiday and the surrounding Asian culture.

A trio of members of the local chapter of the Blue Star Mothers military family support group was on hand to lead a hands-on blanket creation effort similar to several we have done earlier.

In the past, we have made blankets to be donated to the U.S. Marine Corps’ Toys for Tots drive. This time we created four adult-sized blankets for vets at the Albany Stratton VA Medical Center. Some scenes from the workshop as contributed by Phil Kellerman and Roberto Martinez: 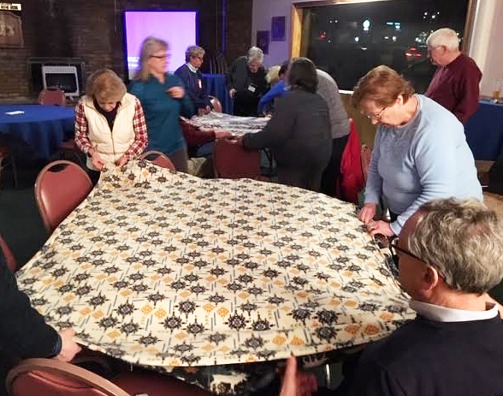 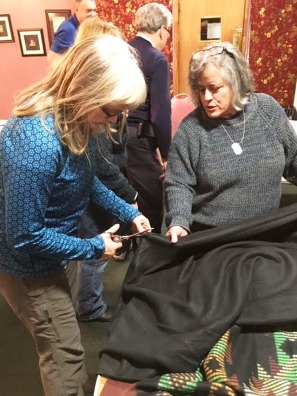 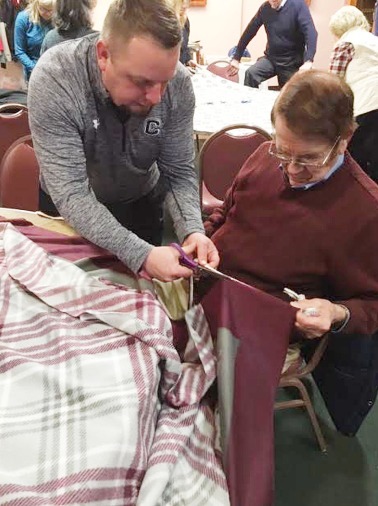 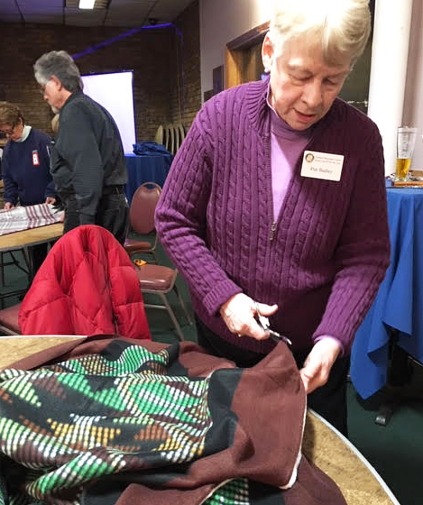 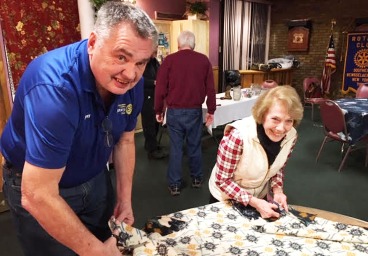 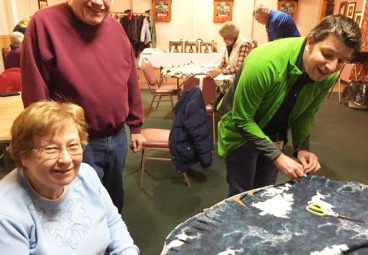 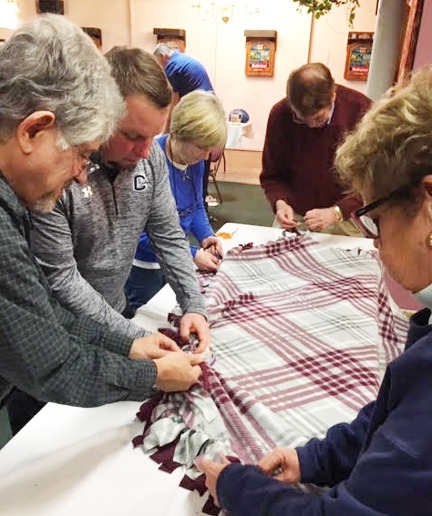 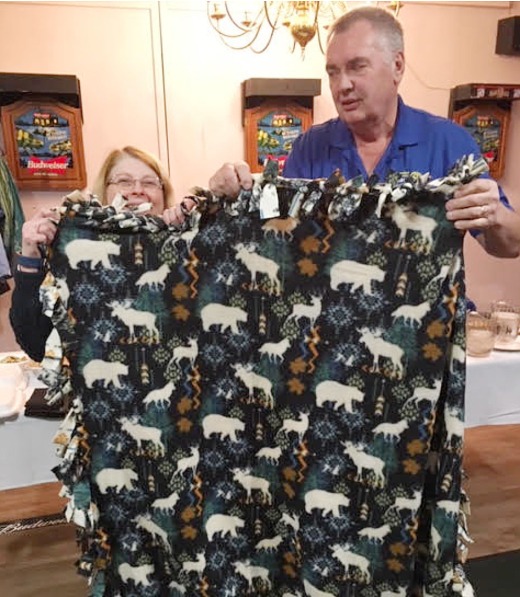 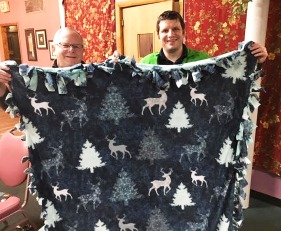 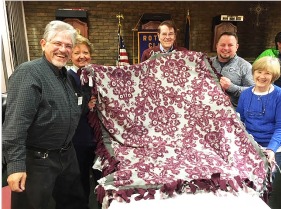