MEETING NOTES — President-elect Phil Kellerman presided in place of vacationing President Andy Leyhane. He greeted members and guests, including provisional member Wells Packard, a former Rotarian in Greenville, Greene County, who has applied to return to Rotary as a member of SRC. … A successful 3rd annual Community Recognition Awards dinner, with Terry Brewer as lead organizer, was held on Tuesday at Moscatiello’s Italian Family Restaurant in North Greenbush, although we do not yet have a final fiscal accounting of the fundraiser. Anyone who requested to be listed as a $100 event sponsor but has not yet submitted payment to Treasurer Murray Forth is asked to do so immediately. …

… Debbie Brown has volunteered to coordinate this year’s Easter basket drive for needy kids through Circles of Mercy. As in the past, the club will pay for the baskets, artificial grass stuffing, and clear wrap, while members are asked to donate basket items from the preferred shopping list. (Click here to review it). Shannon Romanowski has volunteered the participation of the Greenbush YMCA, Len Leonidas of the Scouts, and Debbie Rodriguez for the Danes Rotaract group. Debbie B. will update us at next week’s meeting on the effort. … We’re holding a painting party beginning at 10 a.m. this Saturday as part of an ongoing effort to spruce up our meeting room at Quigley’s. All hands would be appreciated. …

Several seats remain for the first Rotary Home Cooking event of the year, a roast beef dinner hosted by Maggie and Murray Forth on Saturday, March 16. Please contact them ASAP if you wish to reserve a seat. The second event in the series will be a Hungarian dinner hosted by Dean and Doris Calamaras on Saturday, April 13. Please contact them ASAP if you wish to attend. We still need hosts for home dinner in May and June. … Our next Recycling & Shredding Day is scheduled for Saturday, April 13, at the Wainschaf Associates warehouse and offices in Rensselaer. Volunteers to work a shift are needed. Several Danes Rotaract members already have stepped up, but more people are needed. See Murray if you can help. 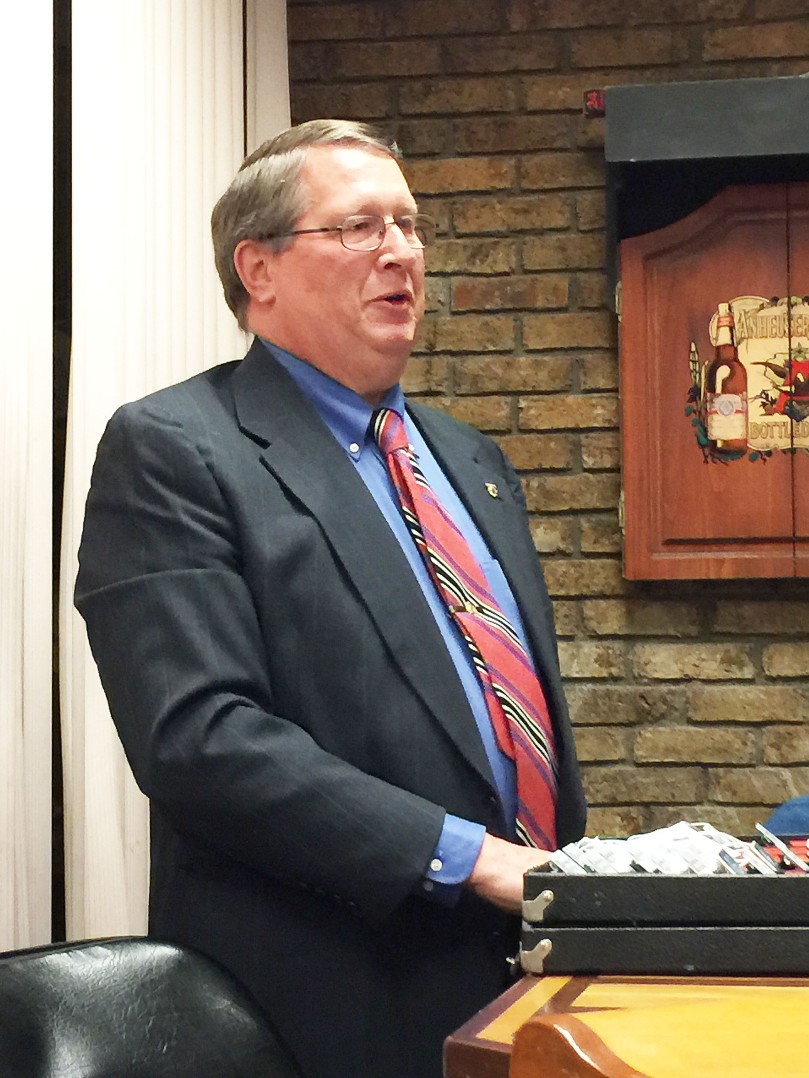 SPEAKER — David Harris, first-term supervisor of the Town of Schodack, spoke to the club, providing an update on some of the changes that have taken place during his brief tenure. Among the major changes are providing body cams for police officers, shooter lockdown drills, equipment upgrades that already are showing financial benefits, increased security at the town government headquarters, and infrastructure upgrades meant to help  entice development in the business sector.

David also answered a variety of questions, including several about the status of the projected million-square-foot complex that will host an Amazon distribution center. He said the latest filing in opposition to the project had been decided in favor of the town and the developer. He said he expects to see the first bulldozer working on the site by early May.

Our guest speaker next week will be Russ Meyer of the Capital Region Nordic Alliance, which provides adaptive sports activities for veterans and others with physical disabilities. SRC has been financially supportive of CRNA for a number of years.