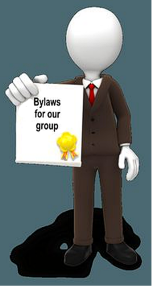 • This message was emailed to all members today.

At the December 1 meeting of your SRC Board of Directors, attended by nine of the 11 Board members, a series of proposed bylaws changes was unanimously approved to be put before the general membership for a vote.

The changes would modify two sections of the current bylaws (which are available in full on the club website for your review). One change would reduce the annual dues. The other would amend the types of memberships, adding “Corporate” and “Family” categories as recently allowed by Rotary International, and would introduce a streamlined process for proposing and accepting new members.

In accordance with our current bylaw requirement of a 10-day notice of proposed changes, this email will serve as such notice and allow for a vote to be held at the December 15 meeting or thereafter as designated by President Debbie Rodriguez. Members’ questions will be answered at such a meeting.

PROPOSED CHANGES TO THE SRC BYLAWS

Section 1: Prospective members may be individuals new to Rotary, former members returning to Rotary, persons transferring from other Rotary clubs, or “Corporate” or “Family” memberships. Individual members may cast single votes on business matters coming before the club. Corporate or Family memberships are limited to a single vote no matter how many of its members attend a meeting at which club business is transacted.

Section 2: The name of a prospective member in any of the categories described in Section 1, who must be sponsored by an active member of the club, shall be submitted to the chair of the Membership Committee as a first step toward acceptance. However, a transferring or returning Rotarian may be directly proposed to active membership by that person’s former club and need not go through application procedures required of new members.

Section 3: The Board shall ensure that the proposed member meets membership requirements of the standard Rotary Club Constitution.

Section 5: If no objection to the proposed member is received by the Board from any active member within three (3) days after the two in-person introductions, that person upon payment of the year’s dues, in full or pro-rated, shall be considered elected to membership.

Section 7: The club may elect, in accordance with the standardized Rotary Club Constitution, honorary members proposed by the Board. Such members are not subject to dues.