MEETING NOTES: It was announced that the Board has authorized two financial grants — $500 to the Colonie-Guilderland Club’s Global Grant initiative to support a clean water project in Haiti; and, $2,500 in seed money for our SRC Rotary 5K/10K Trail Run event to be held in October. … For the Run, lead organizer Jim Leyhane reported he is trying to contact Tom Curran, mayor of the village of Chatham, to discuss participation. Earlier, Jim had reported that the Columbia County Fairgrounds in Chatham is the leading prospect to host the event. … 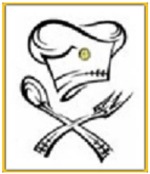 We’re looking for people interested in hosting events in our annual Rotary Home Cooking series of social fundraisers. If you’d like to reserve a date and/or get more information on how the series works, contact Andy Leyhane or Bill Dowd … Today is the final day to submit sponsorships ($100) to Jim Leyhane for our 3rd annual Community Recognition Awards dinner to be held on Tuesday, March 5, at Moscatiello’s Italian Family Restaurant. Tickets are $35. Among the honorees will be Murray Forth as the “breakout Rotarian” for his efforts remodeling our meeting room at Quigleys. Most recently, he replaced all the ceiling tiles, removed the ceiling fans, and wired a microphone. …

Phil Kellerman is putting together a live music evening as a fundraiser at our May 9 dinner meeting. Proceeds will go to the Oley Foundation. Save the date, and stay tuned for details and updates from Phil. … As announced last week, our Danes Rotaract group will hold a social fundraiser — a happy hour at Wolff’s Biergarten on Broadway in Albany —  from 7 to 9 p.m. this coming Monday; $1 from the purchase of each non-alcoholic or alcoholic drink will go to the Freedom From Fistula Foundation. … We’re still waiting for information on what next Thursday’s program will be.

CLUB ASSEMBLY: President Andy displayed a list of last year’s initiatives and asked each member to pick the two they most enjoyed.  He then asked how they were  funded and where the money was going. This led into a wide-ranging discussion of concerns about the source of funds to support our many initiatives.

Andy said we may be boxing ourselves into a corner by being too strict on categories and that we may need to be more general.  They group thought it could be OK to have some percentage come back to the club.

Of the initiatives listed, some were funded fully by donations from club members, and some funds came from fundraising efforts.  Unfortunately, even some of the broader fundraisers were profitable only because of member-paid sponsorships.  Efforts are being made for the upcoming 5K/10K Rotary Trail Run to become an event that would raise money  by more than just club members’ sponsorship.

It was suggested that we develop a brochure explaining where club funds could go.  And, it was noted we should resume filling out the initiatives form Roberto Martinez introduced during his presidency to record and preserve a history of what we are doing in the club.