PROGRAM: ‘A Look at DACA’

He used the case of an undocumented Florida woman he worked with through a Florida foundation who, now age 25, was  brought to the U.S. by her parents — both undocumented aliens — at age 9.

Phil talked about the current lack of paths to citizenship for such people, and the uncertainty that hangs over those who fear deportation to countries they do not know and, in some cases, whose language they do not speak. He explained the fee system ($485) for obtaining a DACA permit, which allows undocumented immigrants to work legally, to obtain a driver’s license, and to go to school.

The DACA program was created by a controversial executive order from President Barack Obama whose legality has been challenged. President Trump recently issued his own executive order that would nullify DACA in six months unless Congress acts to craft and pass legislation that would give the program the force of law. Trump has said he will sign such a bill. 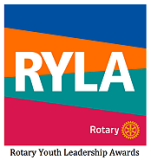 SHELTERBOX UPDATE — Bill Dowd, the club’s ShelterBox liaison, reported on the activities ShelterBox has undertaken in the U.S. and the Caribbean in response to the devastating series of hurricanes. He said we have raised $7,050 in contributions from club members for the special ShelterBox Hurricane Harvey Relief Fund. He will deliver the money on Friday to Assistant District Governor Jack Faddegon, who is the ShelterBox coordinator for District 7190.

ANCHOR FOOD PANTRY UPDATE — Debbie Brown said she delivered the last batch of toilet paper requested by the Castleton pantry, and thanked members for donating. She now is collecting toothpaste and shampoo for The Anchor and will deliver it when she amasses a sufficient supply. … In response to a question about other contributions, Bill Dowd said our practice for the past few years has been to hold a food drive in January, a time when food pantries’ stocks usually are depleted by the demands of the Thanksgiving and Christmas holidays,

GIFT OF LIFE — Jim Leyhane said GOL’s annual golf tournament, held this year at Pinehaven Country Club in Guilderland rather than its longtime Amsterdam venue, was the largest ever with about 120 golfers. SRC entered two foursomes. Jim said the event is expected to have raised about $20,000.  The child from Mongolia who was brought to Albany Medical Center for cardiac surgery by GOL was in attendance at the event, and looked very fit.

WORLD POLIO DAY — The event, to be held at the UAlbany Health Campus in Rensselaer, is set for Tuesday, October 24. It will include a live feed from RI, as well as a showing of the “History of Polio” video created by SRC, CASDA, UAlbany, and the District.,

DISTRICT MEMBERSHIP — Terry Brewer, chairman of the District 7190 Membership Committee, and club Vice President Ray Hannan attended the September 19 membership seminar at which Terry spoke before a crowd of about 50 people representing numerous clubs. Terry said clubs in 7190 vary in size from 6 or 8 to 40 or more members. The district committee is working with clubs to determine what is right for each, rather than use a one-size-fits-all approach to member recruitment and retention. Among goals are to achieve a 10% increase in membership each year, and to create a two-year plan of action.

ROTARY YOUTH EXCHANGE — A.J. Amato, the club ‘s Youth Exchange Officer, has reported interest by at least one student in joining the program. The possibility is being evaluated, although we are not sure if them timing will make it possible.

ON THE CALENDAR — A board meeting will follow the conclusion of next Thursday’s dinner meeting. … The next recycling and shredding day is October 14 at Wainschaf Associates in Rensselaer. … A hurricane relief fundraiser still is being worked on  by John Sawchuk at Columbia High School for October 20. … The Capital Region Nordic Alliance fundraiser luncheon is set for October 22. … The District’s  “Persons of Action” dinner is planned for November 19. … The annual Rotary Leadership Institute (RLI) workshop will be held Saturday, October 21, at the UAlbany Health Campus in Rensselaer. We have a sizeable contingent planning on participating; the club will pay for each registration fee.

NEXT MEETING — 6:15 p.m. Thursday, September 28, at Quigley’s. Jeff Simon, superintendent of the East Greenbush Central School District, will be the speaker.