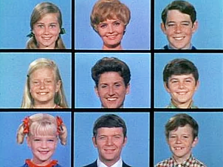 THERE’S ALWAYS A FIRST TIME: Sixty years into its existence, the Southern Rensselaer County Rotary Club is always looking for something new to do. This week it did something it has never done before — met virtually.

With the current social distancing rules preventing in-person meetings (our last dinner meeting was held on March 12), we met today via the Zoom video conferencing system, with 17 members participating. We will hold another such meeting at 6 p.m. Thursday, May 15. Members will be sent an email containing the meeting ID number. (Meanwhile, keep an eye out for information to come about a virtual cocktail party at 6 p.m. next Thursday.)

MEETING NOTES: President Phil Kellerman called the meeting to order, thanked Peter Brown for making the Zoom arrangements, and asked everyone to let us know what has been going on with them since March 12. … Although we have not been formally meeting, some club business has been taking place behind the scenes. For example, several members have participated in virtual District training events, and Phil, Murray Forth, and Terry Brewer have been working on our application to the Internal Revenue Service for reinstatement of tax exempt status. The latter is a detail-intensive effort Terry estimates has already consumed an estimated 60 manhours. Phil said he expects to share the details with the Board via a password-protected website page Bill Dowd is creating, then submit the application within two weeks. … 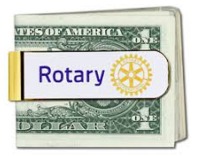 The Board, via email discussions, approved a $500 grant to the East Greenbush Central School District to aid in the purchase of masks for employees during the pandemic. … Terry reported that Columbia, Maple Hill, and Rensselaer high schools have verified they received our letters concerning scholarships of up to $1,000 for a graduating senior at each school. Depending on social distancing recommendations at the time, we will either have the checks available for presentation in June or will simply mail them to the recipients. …

It’s nearly Club election time. We will be emailing to members a slate of candidates for SRC Board seats for the 2020-21 Rotary Year. According to our Club Bylaws, a new slate must be approved at least a month before the June 30 close of the Rotary Year. Practically speaking, we need to have it done before then because we cannot submit applications for District Grants by the June 1 deadline if we do not have the slate in place.